Case study of an analysis using Pathing and Optimal GeoSpace reports of locations of the clients stores along with their competitors, dealers and customers stores. They will use this to help inform their decisions on new locations.

A full service home appliance company wanted to analyze their stores, their competitors' stores, their distributors' stores and clients' stores using Near's Pathing X and Optimal GeoSpace Reports. The information on consumer routes and trade areas would inform where they would open a new warehouse. 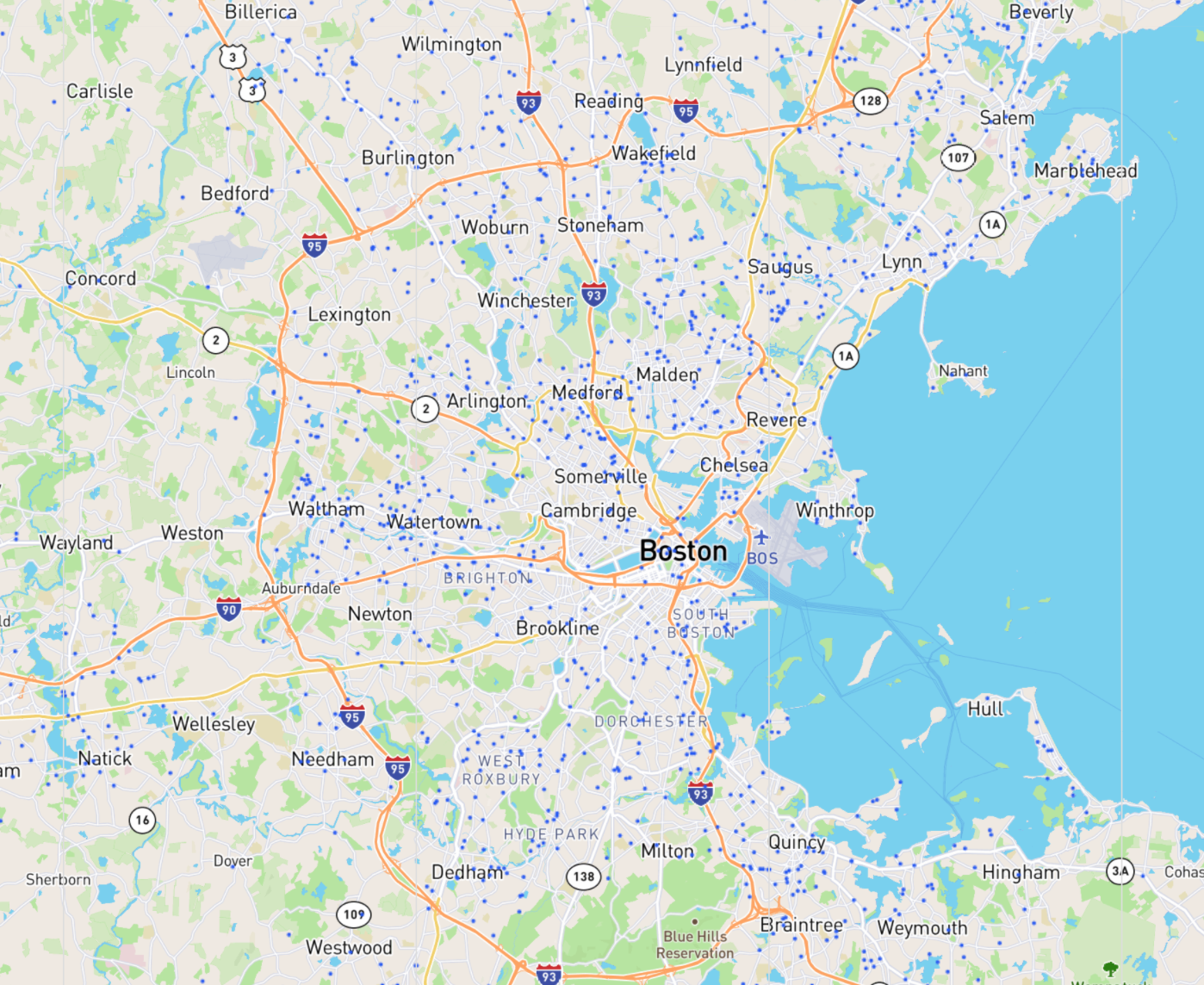 The Optimal GeoSpace report provides a Human Movement Data derived trade area based on the home, work and paths taken by visitors to the location. The home appliances company ran this report for their locations as well as their competitors' to locate areas of cannibalization and opportunity.

Near's Optimal GeoSpace Report suggests that these HVAC locations should target customers mainly in the Boston and Salem areas, as well as target promotions toward major highways in those areas. The client has to be aware of cannibalization with multiple stores. Some of the client's stores will pull from their customers' stores resulting in a conflict of interest.

The client was able to understand the movements of their customers, clients customers, as well as their competitor's customers. The client's customers are concentrated in the Boston area. The clients competitors  customers are more spread out over Massachusetts, New Hampshire and Rhode Island. The Pathing X report shows the location of devices 2 hours before and after a device has entered a specific polygon. 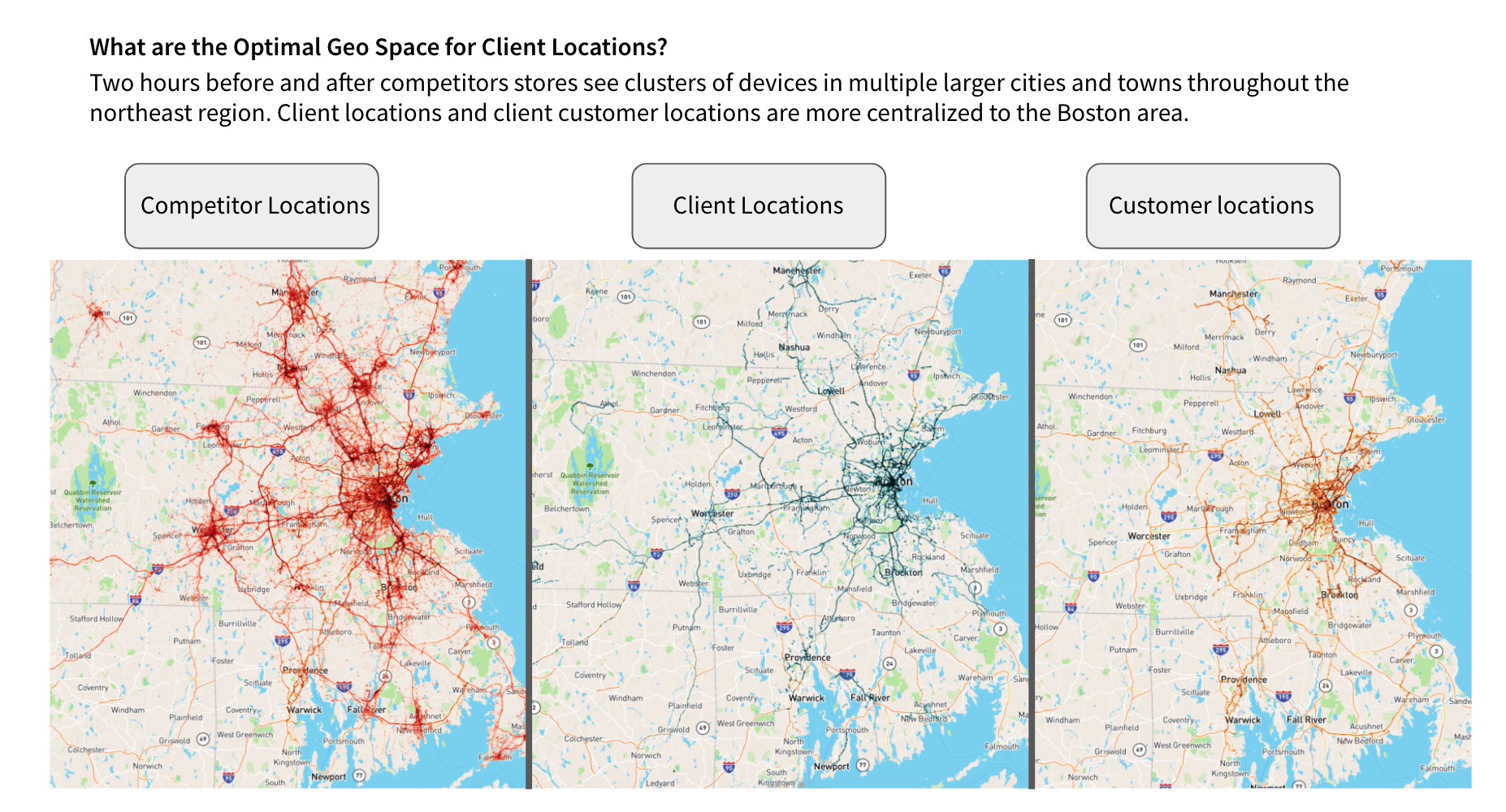 Chris is an Analyst at Near and is focused on bridging the gaps between product, design and data analytics.