The general process to determine the number of devices from location 1 that were also seen in location 2 is to filter for devices that were seen in both locations and obtain a number of that. This type of question could be answered using the pin report, zero point report, or CEL/CDL report. To provide an example, we will be doing this on Tableau.

1. Once you've imported Near data containing information on two locations, create a parameter on the "Polygon ID" that controls the study polygon that we're mainly interested (we'll call it "Study Polygon"). Under the "Current Value", choose the polygon that you're interested in studying. For this example, we'll be interested in finding how many devices from Lakewood Mall (our study polygon) were also seen in Cerritos Mall during this timeframe. 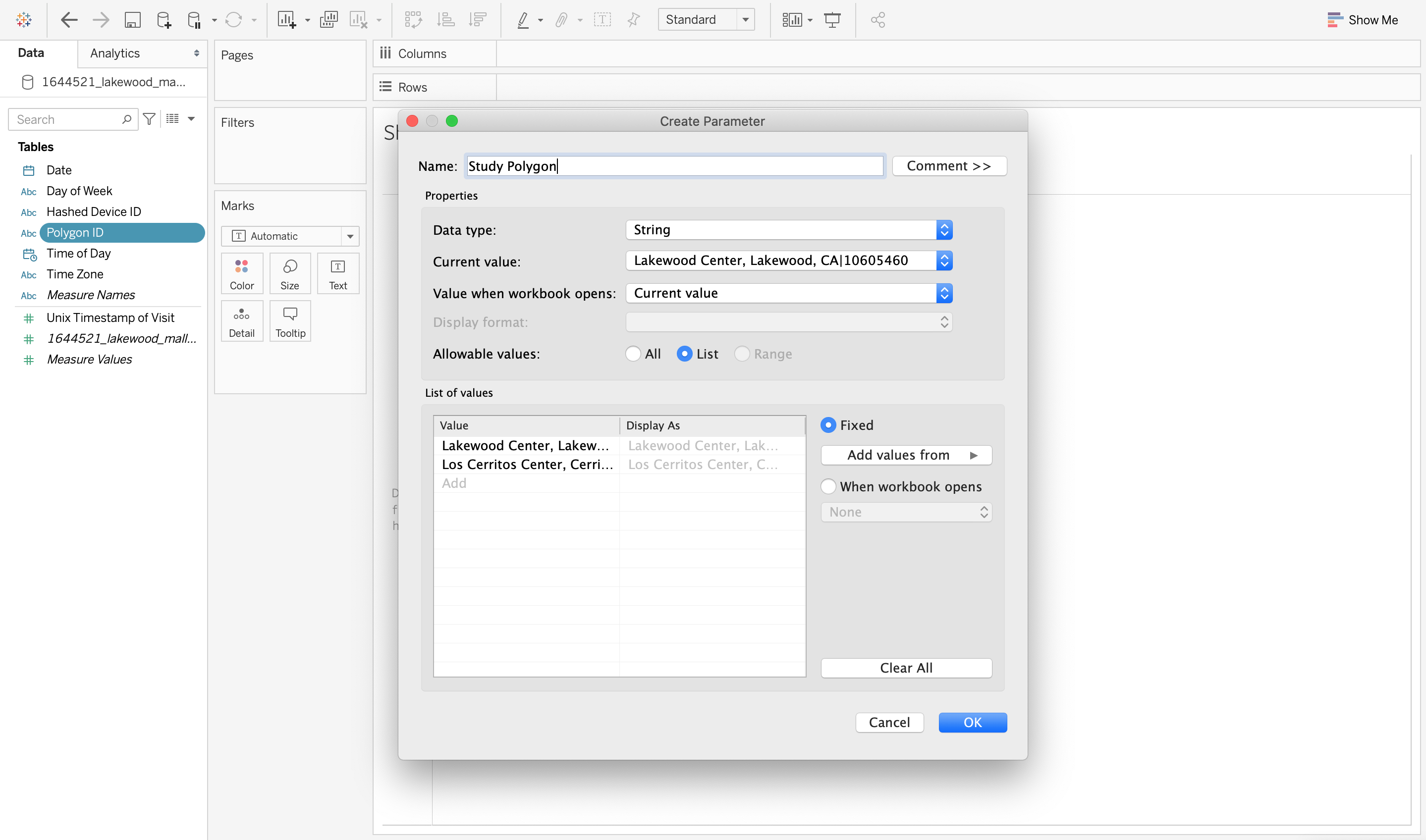 2. Create a measured parameter that determines whether that row has the study polygon that we're interested in. If so, the result is 1. For this example, we'll call it "Study Location Match". 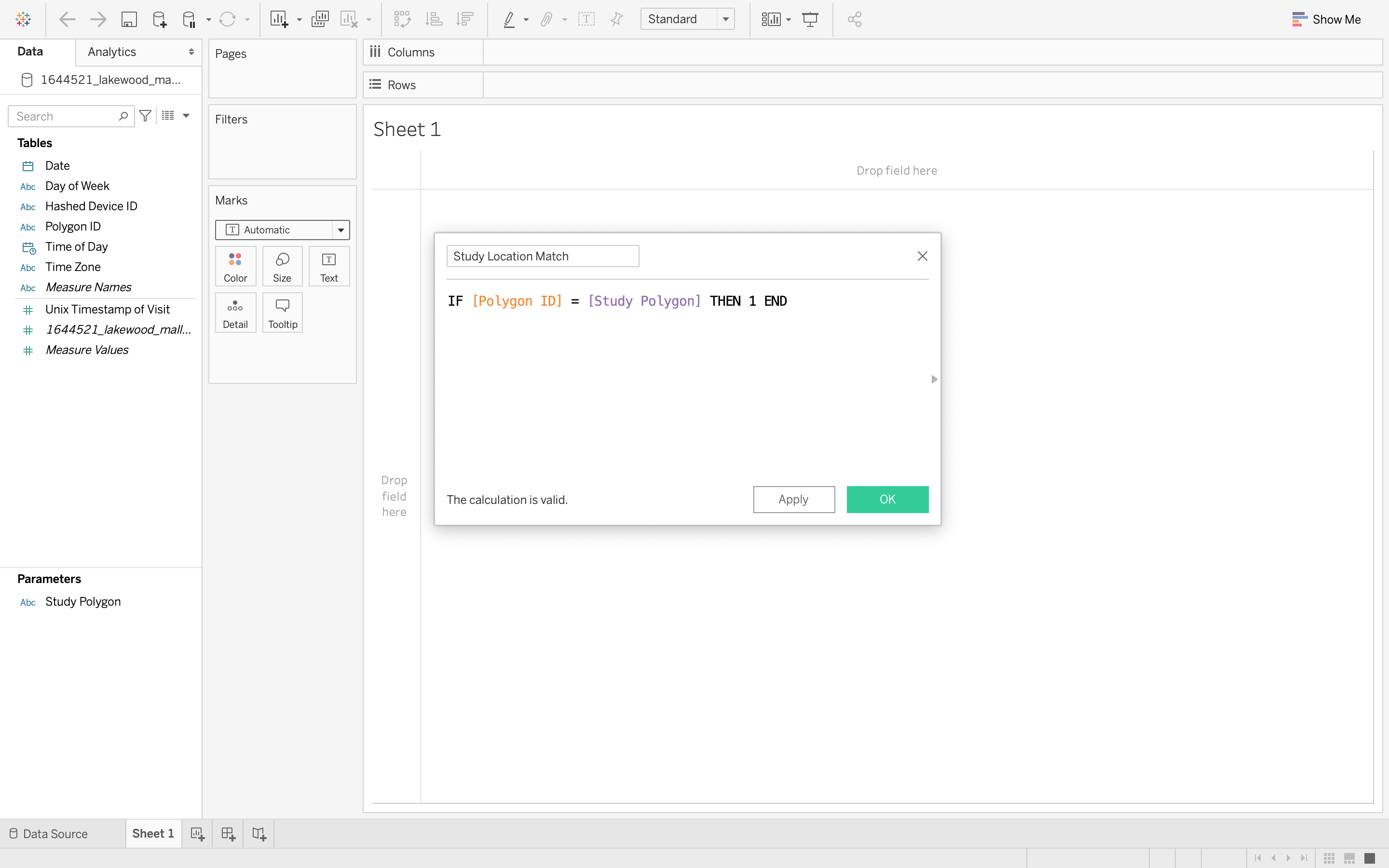 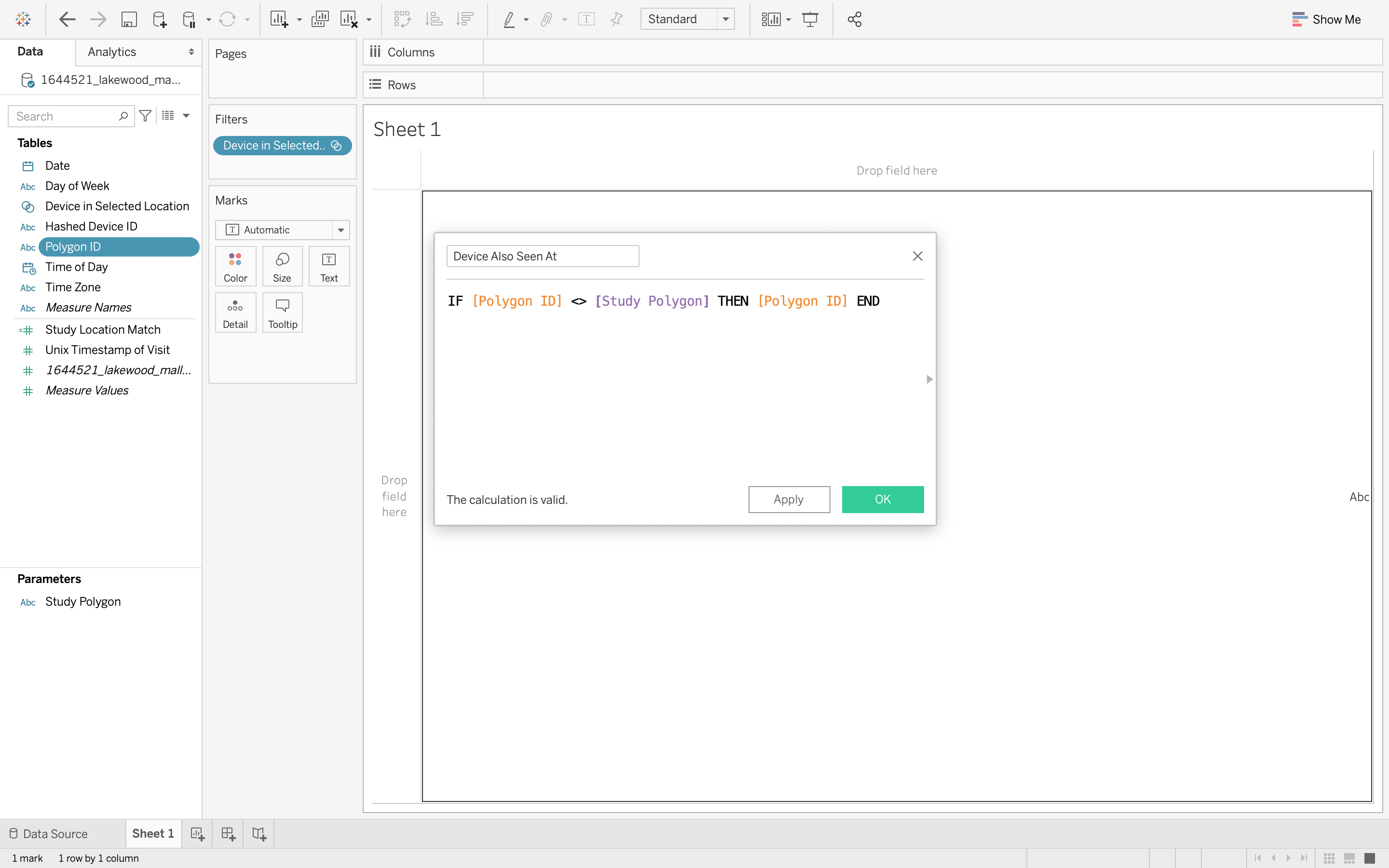 4. Create a set that only includes devices that were also seen location 2 (Cerritos Mall) at least once during the timeframe. We'll call this "Devices in Selected Location". 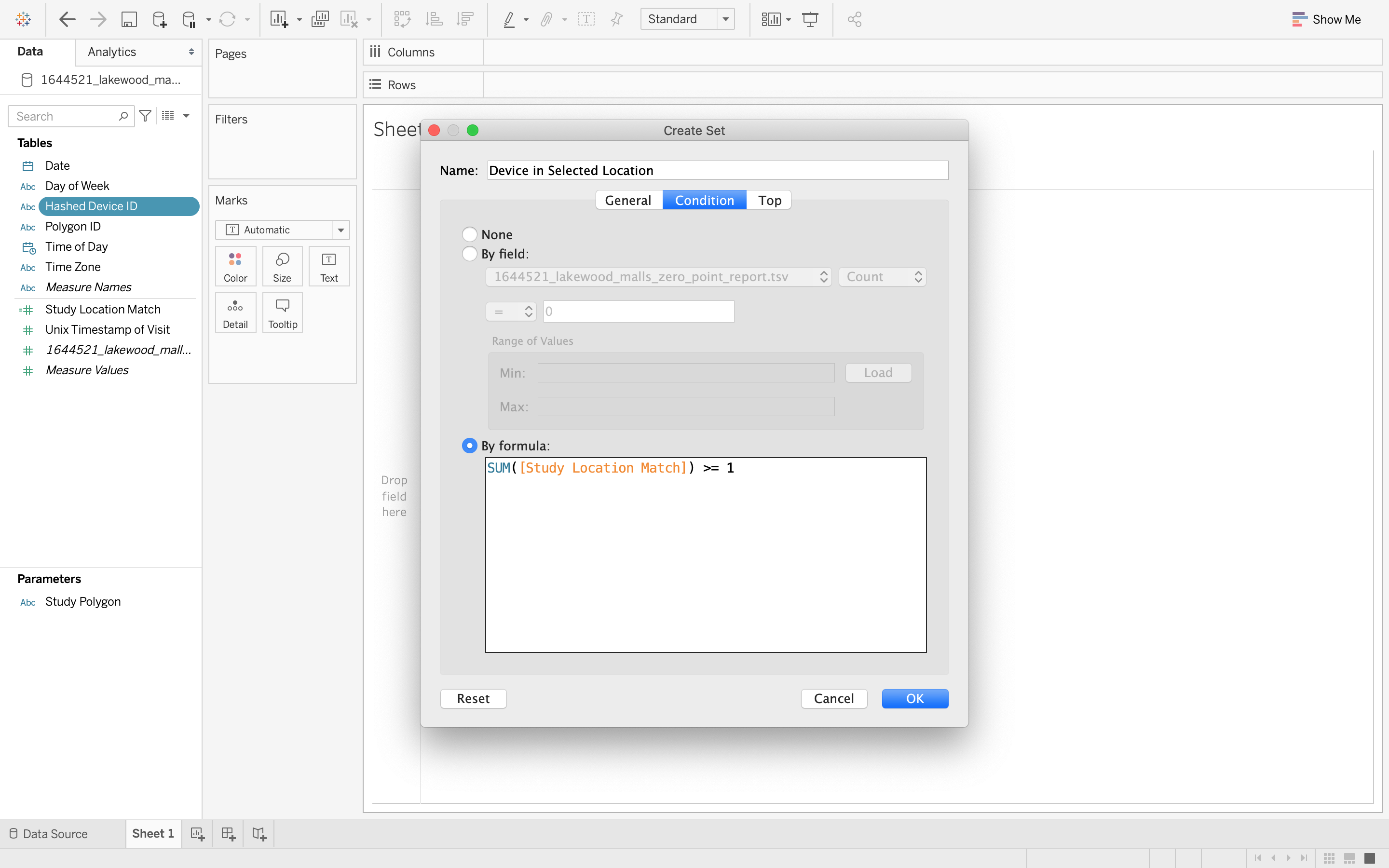 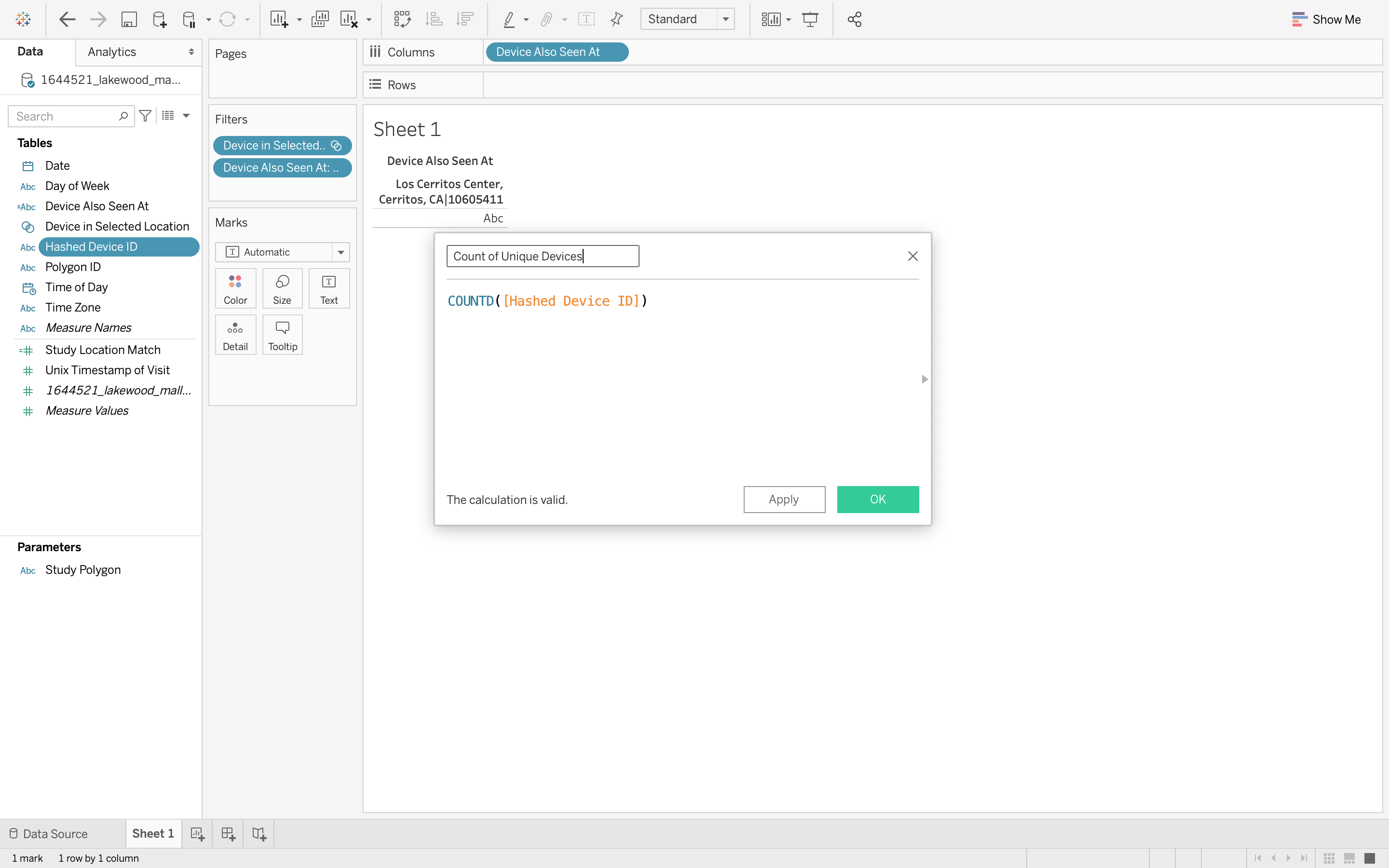 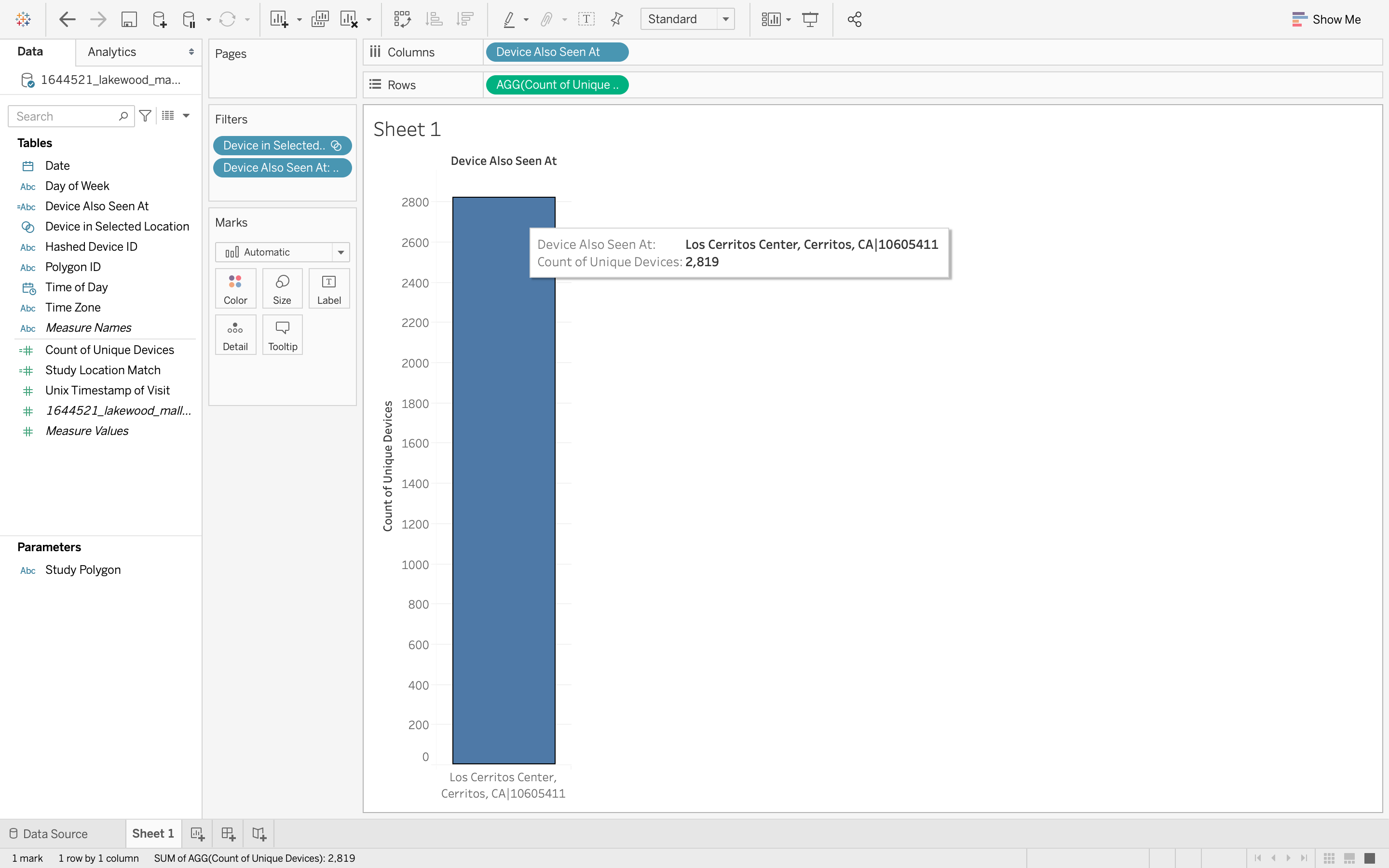